Our centre is built on the site of one of Keswick’s old burgage yards. Visitors fall in love with our old buildings with quaint architecture, and our stained glass windows are a real highlight! Packhorse Court has been many things other the years and has seen many changes come and go in rural Lakeland life.

Of burgage yards and their nature

Established in the 13th century and based on feudal principles, a burgage plot was a strip of land held by a tenant upon payment of an annual rent. Fronting a plot would be a timber framed house. It is believed that much of Keswick was divided in this way, based on measurements of house fronts. Burgage plots were very uniform so historians can tell, down to the inch what size the plots were. Burgesses (the tenants) were freeman – those entitled to practice a trade within the town, and were often blacksmiths, carpenters, bakers or other traditional tradespeople.

The Lakeland village of Keswick

In later years Packhorse Yard was where the coachmen and hauliers of the day stabled their animals, took their food & ale and slept. More than just a farming community, Keswick was an important centre of commerce for rural folk. For many isolated families and communities in the Lake District Keswick was the nearest place to trade.

Although a small commercial centre at the time, the inn at Packhorse Yard would have doubtlessly hosted characters from all walks of life. At times it would have been a dirty, noisy and often boisterous place with blacksmiths and slaughterers also plying their trade. The town ‘shambles’ (butchers yards) were on the site and also a byre for cattle that belonged to the Central Hotel – now part of Ye Olde Friars sweet shop. Nowhere near as unsavoury as the bustling towns of the day it would have still stood in stark contrast to the rural life many of it’s visitors were used to.

With the invention of modern transport communities in the Lake District became able to either accept deliveries of goods directly or travel further afield to larger towns than the village of Keswick, and feudal living was wiped out with the arrival of the industrial revolution. The Lake District, however, has been a tourist destination for over one hundred and fifty years, and well-off Victorian families might have visited Keswick for leisure. With tourism comes a need for preservation and presentation and so Keswick (which was by no means an ugly village before!) was, to a degree, spruced up and kept up in order to meet the demands of people looking for, and expecting, a quaint Lakeland village. The people of Keswick no longer depended on incoming trade, either, and with tourism on the increase and commuting to work now an option the local community thrived.

And so, today, Packhorse Court has come to be a new centre of commerce for local people and for tourists alike, and not purely by mistake! With a long history of both visiting traders and tourists it would seem that our centre was built for it. Burgage Plot to Shopping Centre a certain Lakeland charm has been preserved.

Map out our stores 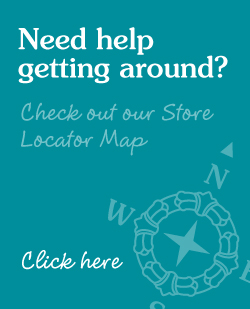 We're right in the centre of Keswick and signposted from the Main Street. Just head for Keswick and you're sure to find us.

Hear about our special events, offers and more before all your friends.

Sign up for out free newsletter and never miss a thing.

St. Kentigern's Church dates from A.D. 553 but is by no means our oldest artefact. Castlerigg stone circle nestled just above our team is thought to some 4,000 years old!

The name of the town is first recorded in the 13th century as "Kesewic," meaning "farm where cheese is made." Cheese is still made in Keswick to this day!

Edward I granted Keswick the town's charter to hold a market in 1276. The market is still held twice weekly on Thursday and Saturday to this day.